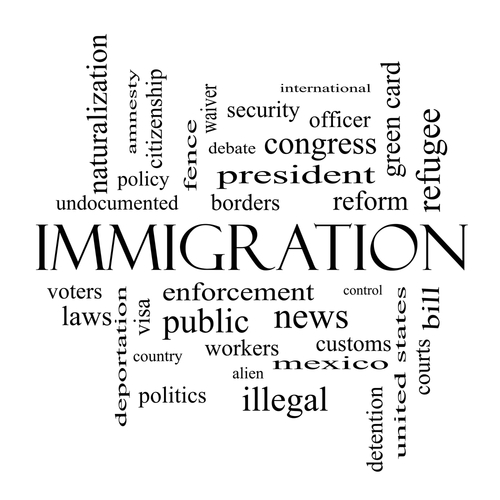 The Obama administration announced it will stop deporting younger undocumented residents who first came to America as children if they meet certain criteria.

The Obama administration said Friday that it will stop deporting illegal immigrants younger than 30 if they were brought to the United States as children and meet certain other requirements. (See Department of Homeland Security’s explanation of the new policy)
In a Rose Garden address Friday afternoon, President Barack Obama said the changes caused by his executive order will make immigration policy “more fair, more efficient and more just.”

“This is not amnesty. This is not immunity. This is not a path to citizenship. It’s not a permanent fix,” Obama said to take on conservative criticism of the step. “This is a temporary stopgap measure.”

Noting children of illegal immigrants “study in our schools, play in our neighborhoods, befriend our kids, pledge allegiance to our flag,” Obama said, “it makes no sense to expel talented young people who are, for all intents and purposes, Americans.”

When a reporter interrupted Obama with a hostile question, the president admonished him and declared that the policy change is “the right thing to do.”

Under the new policy, people younger than 30 who came to the United States before the age of 16, pose no criminal or security threat, and were successful students or served in the military can get a two-year deferral from deportation, Homeland Security Secretary Janet Napolitano said.

It also will allow those meeting the requirements to apply for work permits, Napolitano said, adding that participants must be in the United States now and be able to prove they have been living in the country continuously for at least five years.

The change is part of a department effort to target resources at illegal immigrants who pose a greater threat, such as criminals and those trying to enter the country now, Napolitano said, adding it was “well within the framework of existing laws.”

While this guidance takes effect immediately, USCIS and ICE (U.S. Immigration and Customs Enforcement) expect to begin implementation of the application processes within sixty days. In the meantime, individuals seeking more information on the new policy should visit USCIS’s website (at www.uscis.gov), ICE’s website (at www.ice.gov), or DHS’s website (at www.dhs.gov). Beginning Monday, individuals can also call USCIS’ hotline at 1-800-375-5283 or ICE’s hotline at 1-888-351-4024 during business hours with questions or to request more information on the forthcoming process.

Can’t wait for the new law reform to come into effect? Speak to an experienced immigration attorney at Galstyan Law Group today for a free consultation and one of our expert lawyers will go through the options available to you.

Call one of our immigration specialists today on 323 642 6000 or on our free call number 800 939 8004. We are based in Los Angeles, however we handle immigration/green card inquiries from all over the world.