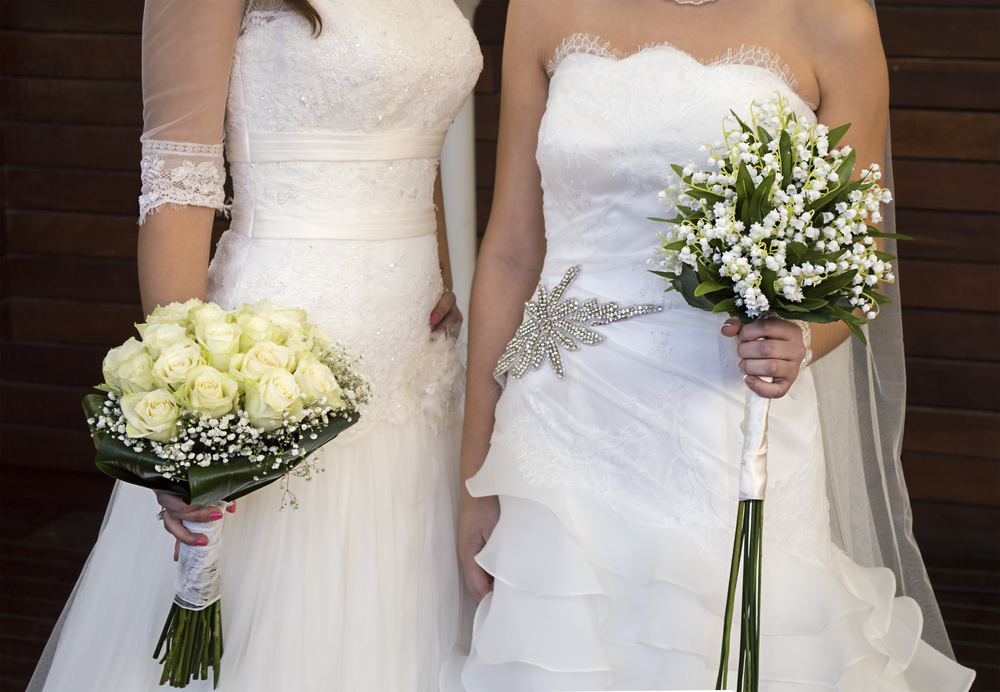 Statement from Secretary of Homeland Security Janet Napolitano on July 1, 2013:

“After last week’s decision by the Supreme Court holding that Section 3 of the Defense of Marriage Act (DOMA) is unconstitutional, President Obama directed federal departments to ensure the decision and its implication for federal benefits for same-sex legally married couples are implemented swiftly and smoothly. To that end, effective immediately, I have directed U.S. Citizenship and Immigration Services (USCIS) to review immigration visa petitions filed on behalf of a same-sex spouse in the same manner as those filed on behalf of an opposite-sex spouse.”

Petitioning for my Spouse

Q1: I am a U.S. citizen or lawful permanent resident in a same-sex marriage to a foreign national. Can I now sponsor my spouse for a family-based immigrant visa?
A1: Yes, you can file the petition. You may file a Form I-130 (and any applicable accompanying application). Your eligibility to petition for your spouse, and your spouse’s admissibility as an immigrant at the immigration visa application or adjustment of status stage, will be determined according to applicable immigration law and will not be denied as a result of the same-sex nature of your marriage.

Q2. I am a U.S. citizen who is engaged to be married to a foreign national of the same sex.  Can I file a fiancé or fiancée petition for him or her?
A2. Yes.  You may file a Form I-129F.  As long as all other immigration requirements are met, a same-sex engagement may allow your fiancé to enter the United States for marriage.

Q3: My spouse and I were married in a U.S. state or a foreign country that recognizes same-sex marriage, but we live in a state that does not. Can I file an immigrant visa petition for my spouse?
A3: Yes. As a general matter, the law of the place where the marriage was celebrated determines whether the marriage is legally valid for immigration purposes.  Just as USCIS applies all relevant laws to determine the validity of an opposite-sex marriage, we will apply all relevant laws to determine the validity of a same-sex marriage.  The domicile state’s laws and policies on same-sex marriages will not bear on whether USCIS will recognize a marriage as valid.

Q4.  Do I have to wait until USCIS issues new regulations, guidance or forms to apply for benefits based upon the Supreme Court decision in Windsor?
A4.  No.  You may apply right away for benefits for which you believe you are eligible.

Q5. My Form I-130, or other petition or application, was previously denied solely because of DOMA.  What should I do?
A5.  USCIS will reopen those petitions or applications that were denied solely because of DOMA section 3.  If such a case is known to us or brought to our attention, USCIS will reconsider its prior decision, as well as reopen associated applications to the extent they were also denied as a result of the denial of the Form I-130 (such as concurrently filed Forms I-485).

Once your I-130 petition is reopened, it will be considered anew—without regard to DOMA section 3—based upon the information previously submitted and any new information provided.   USCIS will also concurrently reopen associated applications as may be necessary to the extent they also were denied as a result of the denial of the I-130 petition (such as concurrently filed Form I-485 applications).

Additionally, if your work authorization was denied or revoked based upon the denial of the Form I-485, the denial or revocation will be concurrently reconsidered, and a new Employment Authorization Document issued, to the extent necessary.  If a decision cannot be rendered immediately on a reopened adjustment of status application, USCIS will either (1) immediately process any pending or denied application for employment authorization or (2) reopen and approve any previously revoked application for employment authorization.  If USCIS has already obtained the applicant’s biometric information at an Application Support Center (ASC), a new Employment Authorization Document (EAD) will be produced and delivered without any further action by the applicant.  In cases where USCIS has not yet obtained the required biometric information, the applicant will be scheduled for an ASC appointment.

Changes in Eligibility Based on Same-Sex Marriage

Q6. What about immigration benefits other than for immediate relatives, family-preference immigrants, and fiancés or fiancées?  In cases where the immigration laws condition the benefit on the existence of a “marriage” or on one’s status as a “spouse,” will same-sex marriages qualify as marriages for purposes of these benefits?
A6. Yes.  Under the U.S. immigration laws, eligibility for a wide range of benefits depends on the meanings of the terms “marriage” or “spouse.”  Examples include (but are not limited to) an alien who seeks to qualify as a spouse accompanying or following to join a family-sponsored immigrant, an employment-based immigrant, certain subcategories of nonimmigrants, or an alien who has been granted refugee status or asylum.  In all of these cases, a same-sex marriage will be treated exactly the same as an opposite-sex marriage.

Q9. I know that the immigration laws allow discretionary waivers of certain inadmissibility grounds under certain circumstances.  For some of those waivers, the person has to be the “spouse” or other family member of a U.S. citizen or of a lawful permanent resident.  In cases where the required family relationship depends on whether the individual or the individual’s parents meet the definition of “spouse,” will same-sex marriages count for that purpose?
A9.Yes.   Whenever the immigration laws condition eligibility for a waiver on the existence of a “marriage” or status as a “spouse,” same-sex marriages will be treated exactly the same as opposite-sex marriages.